Six weeks ago, I headed out for my final run of pregnancy on Monday morning – three miles at a 9:49/mile pace. After my run, I worked and then called my OB to schedule a version (a procedure to flip a breech baby) followed by either an induction or C-section for the following day. They had found out that Isla was breech just a few days ago and wanted to attempt the procedure before my due date.

Within two hours of scheduling this, I went into labor – but not just regular labor. My mom and I went out for lunch at 12:30 pm, and when we left at 1 pm, I told her that I felt weird. Little did I know that about two hours later, I would be meeting our baby girl!

I had rapid labor, with contractions starting at 4-5 minutes apart and quickly accelerating. I went into the hospital within an hour of my first contraction – and by then, my contractions were closer to 2-3 minutes apart. Once they confirmed the baby was still breech, they rushed me into the OR for my C-section. At that point, my contractions were so close together than they had no other option but to insert the spinal block during a contraction. The C-section itself was one of the most uncomfortable experiences of my life, but it was all worth it when Isla was born, a healthy 6 pound, 21-inch little girl. 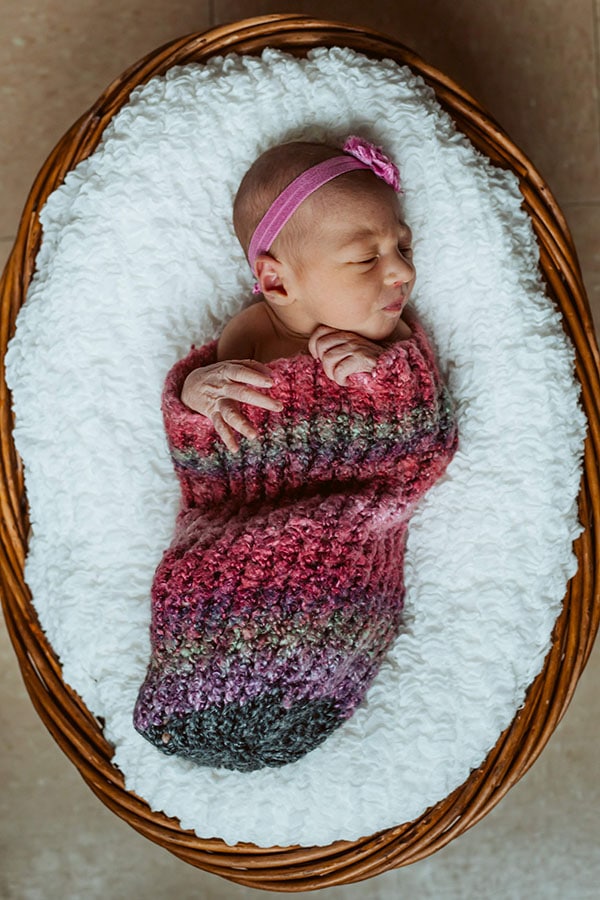 C-section recovery is no easy feat – it’s major abdominal surgery, with both internal and external stitches. When coupled with rapid labor, it took time to recover.

One day after my C-section, I shakily walked for five minutes in the hospital wing, with my stomach supported by an abdominal binder. The next day, I walked for about 10 minutes around the wing. On Thursday, we were discharged and I walked around the house and up and downstairs.

On Friday, we started taking short walks with the stroller. The loop around our neighborhood is approximately 1/3 of a mile, so I began with one loop. From there, I gradually built up my distance. I often pushed the stroller to help rebuild core strength. By about 10 days postpartum, I stopped wearing the abdominal binder.

At two weeks postpartum, I walked two miles one day and had to rest the next day – I had pushed a little too much. But within a few days after that, I was comfortably walking 1.5-1.6 miles with the stroller.

By three weeks, I was comfortably walking over 2 miles at a time and taking multiple walks per day. By four weeks, I had done a few 2.5-3 mile walks. I still noticed my incision when I walked, but there was a pattern of gradual improvement. With each day, I felt more and more like myself. Four weeks was also when we settled into a routine with Isla and her sleep improved (either one wake-up per night or sleeping through the night until I woke her at 5 AM for a dream feed). We still have rough nights, especially when we encounter a growth spurt or a developmental leap. But overall, her sleeping well has made a significant difference in my recovery. (The SNOO, by the way, is worth every single penny!)

Last week (five weeks postpartum), I made it a priority to take a 40-60 minute walk almost every day. Most days, this meant pushing the stroller outside. On rainy days, I put her in the Ergobaby carrier and walked with her on the treadmill, with the belt set to an incline. At this point, my incision is well healed, with only some tightness on some days. The more I walk, the more I forget that it’s there.

My OB anticipates that I can be cleared to run at six to eight weeks postpartum – which could mean that I start running this week. I’ll start with very short run-walk intervals; six to eight weeks off is a long time as it is. I plan on using the ReCore program to rehabilitate my core and then ease back into Pilates and strength training.

My biggest goal is to build back sustainably and safely, with first mileage and strength, then speed. I may do a short trail race in January, but my first goal postpartum race will be a spring 10K – past six months postpartum. I had a long layoff from racing and hard training: I broke my foot a year ago and found out I was pregnant right when I started running again. (And truly, in retrospect I believe that broken foot is what brought Isla into our lives, so I’m grateful for it!) With that long off, it takes time to build back – but I’m ready to put in the process of patient, hard work.

Linking up with Weekly Rundown!

If you had a C-section, how did you recover from it?
How have you built back after a long time off of running?