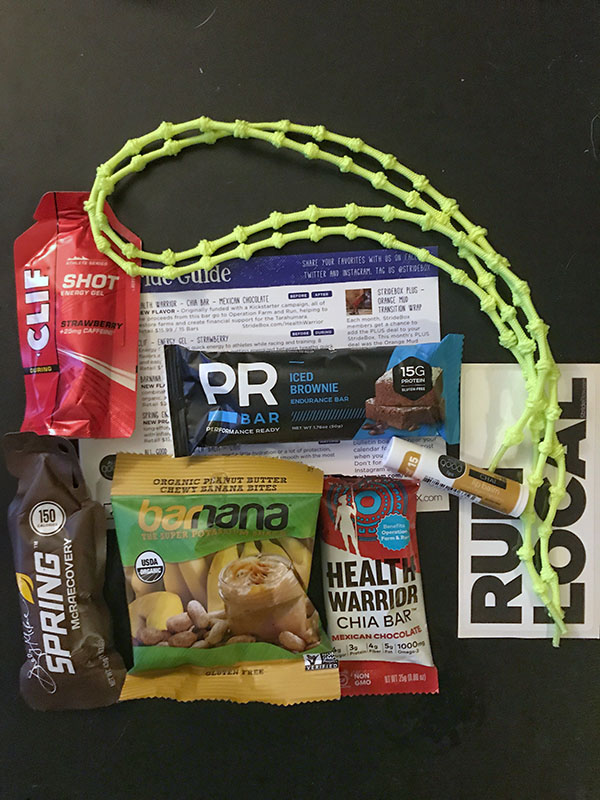 Happy Friday! How has your week been?

Each week, Friday Thrive rounds up some of my favorite things from the week – here’s what I enjoyed the most this week!

January’s StrideBox featured another delicious month of snack and running fuel samples. So far, I sampled the banana bites, which were tasty and satisfying, and the chia bar, which left something to be desired. I also tried the lip balm, especially since I had sent my beloved Burts Bees lip balm through the wash after our first ski lesson (oops).

Disclaimer: I receive StrideBox each month in exchange for reviews and promotion.

My Experience with a Break from Running by Meredith (The Cookie Chrunicles).

If you don’t already reach Meredith’s blog, she shared her experience on taking two weeks off of running due to dropping a shampoo bottle on her foot and not wanting to turn an accident into a full-blown injury by running on it. Her takeaways are insightful: there’s nothing wrong with a short break from running, especially if your body needs it.

Obviously, you never want to have to stop running due to serious injury or burn-out. I do firmly believe, however, that short breaks from running – the week after your big race, over Christmas, or when you are feeling some aches and pains that you don’t want to develop into a full-blown injury. 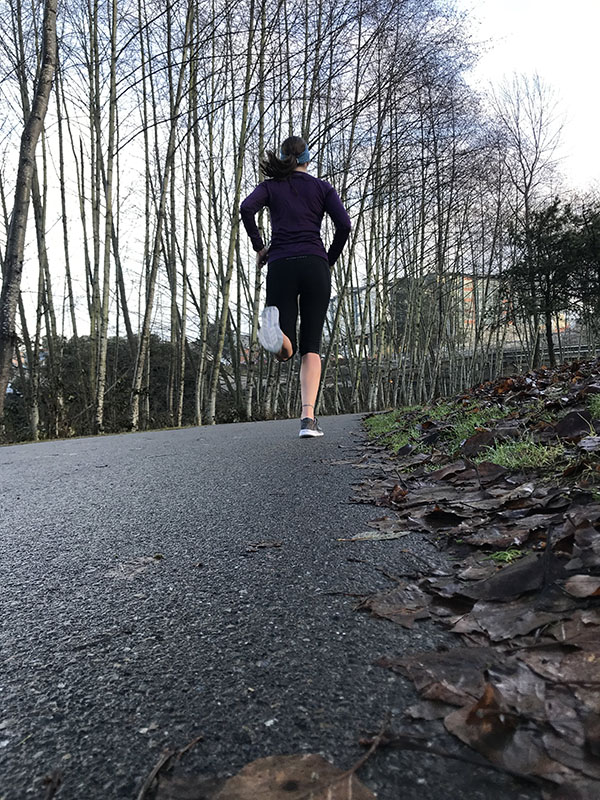 Energy availability is the buzzword du jour in recovery and injury prevention – and for good reason. Hutchinson cites a study of 340 athletes and found that those who sleep eight hours per night were 61% less likely to be injured and those who ate a diet with sufficient calories and plenty of vegetables and fruits were 64% less likely to be injured. The takeaway? Don’t run your body into the ground. Sleep, eat enough and eat well, and know when to take an extra rest day.

My sourdough starter has been going strong for over a year now, but I had not successfully made a well-risen loaf without the aid of commercial yeast until this weekend. The process took a few days, with feeding my starter, making the levain, and allowing the dough to rise for about 24 hours total. But the final product was well worth the time investment, as we had two naturally leavened loaves of tall, crusty, delicious bread. I used this recipe from King Arthur Flour. 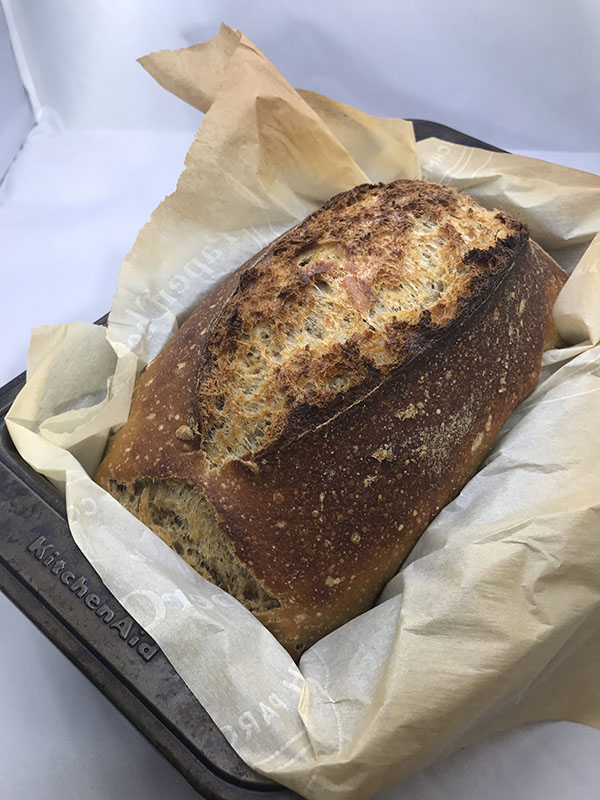 With Avengers: Infinity Wars releasing just a few months from now, Ryan and I are rewatching the Marvel Cinematic Universe movies. Yes, I’m a huge nerd who loves all things Star Wars, Marvel, Lord of the Rings, and Harry Potter, because of the way these stories function as modern-day mythos. We started with the first Captain America this weekend. I’m already eager to rewatch my favorites, including Thor: Ragnarok, the original Avengers, and Winter Soldier.

What movies can you rewatch without getting bored?
Do you take deliberate breaks from running?

A question I get all the time: does the menstrual

Runners do not need excessive flexibility - but we

Last weekend we enjoyed our first hike above 10,00

What to Eat After a Run for Recovery and Adaptation

Can a Plank Workout Be Beneficial for Runners?

The Best Sports Drinks for Runners

Your Common Winter Running Questions, Answered by a Coach

A question I get all the time: does the menstrual

Runners do not need excessive flexibility - but we